Gail Hovey, a queer octogenarian, is writing poetry and essays. This is a new direction after the publication of her memoir, She Said God Blessed Us: A Life Marked by Childhood Sexual Abuse in the Church. She is co-editor of No Easy Victories: African Liberation and American Activists over a Half Century, 1950-2000.

Hovey holds a BA from the University of Colorado-Boulder, an MDiv from Union Theological Seminary in New York, and an MFA in Creative Writing from Stonecoast, University of Southern Maine. But her junior year abroad in Beirut, Lebanon, is what broke open the beliefs and values she’d inherited and gave birth to her political consciousness. Involvement in the U.S. civil rights movement beginning in East Harlem expanded to include anti-apartheid and anti-colonial movements. Two years in South Africa after graduation from Union helped shape her activism and writing over the next 25 years. 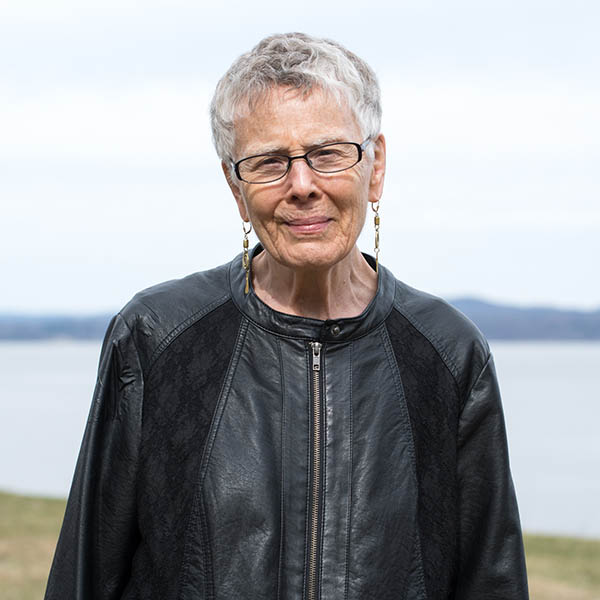 Hovey co-founded Southern Africa Magazine. As research director of the American Committee on Africa, and managing editor of the journal Christianity & Crisis, Hovey’s commitment to southern Africa continued even as her work expanded to other regions and issues. As executive director of Grassroots International, she traveled to the West Bank and Gaza to assess the impact of the Gulf War on Palestine.

In August, 1991, Hovey moved to Honolulu to live with Pat Hickman, an artist and professor in the art department at the University of Hawai‘i. Hovey’s long engagements with anti-colonialism opened doors for her, and she became a resource developer for several Native Hawaiian organizations.

In 2006, Hovey and Hickman moved to the Lower Hudson Valley in New York. When the law changed, they gathered family and friends and celebrated their union in 2013. At an artist and writer’s residency in 2021, Hovey and Hickman pursued their own work and explored collaboration. Hovey, responding to Hickman’s work, penned ekphrastic poems.  See the “Our Residents” tab at Mother’s Milk website. https://www.mothersmilkart.com/Home.html

Writing now, with threats accumulating—the climate crisis, the War in Ukraine, the multifaceted crisis in the United States which undermines and attacks our democracy, to name only the most obvious—Hovey affirms the power of and need for creative activism in a multiplicity of forms.