In the fall of 2000, I attended a performance in Honolulu by Anna Deavere Smith, the actress best known then for “documentary theater.” Smith interviewed people, sometimes a large number, sometimes an individual, and in her performances, “became” those people, playing multiple characters, speaking in their own words. Describing her method, Smith said, “People speak in prose poems.”

The day after that performance, I sat down with Eric Enos, founder and director of Ka‘ala Farm, a Native Hawaiian Cultural Learning Center in Wai‘anae Valley. By then, I had worked at Ka‘ala for several years and had heard Eric’s story, “Bringing Down the Water,” many times. “Bringing Down the Water” is Ka‘ala’s foundational story, and Eric agreed that it could be recorded. 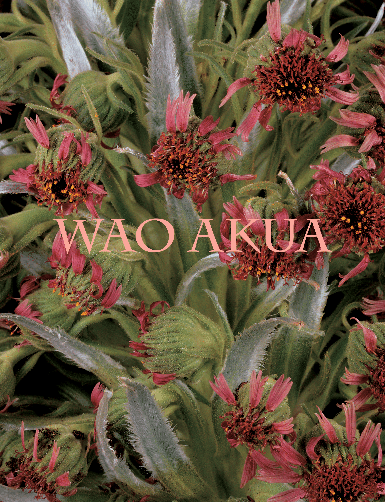 Following Smith’s guidance, that people speak in prose poems, after I transcribed the tape, I placed Eric’s words on the page as a poem. We were honored when “Bringing Down the Water” was included in Wao Akua: Sacred Source of Life. The book was part of a year-long celebration of the Hawaiian forest which was undertaken to redouble efforts to steward the Hawaiian Islands’ extraordinary forest legacy. “Bringing Down the Water” is available here as a pdf.